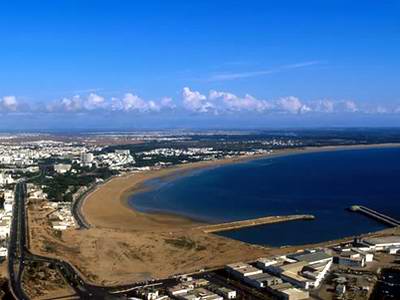 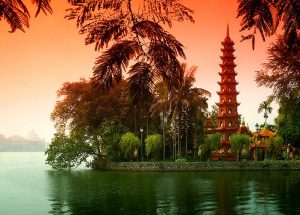 Vietnam will give a diverse, informative, exotic and at the same time pacifying rest. At any time of the year in this country you can find a warm sea for swimming or diving, improve your health in the centers of traditional Vietnamese medicine, on hot springs, and simultaneously make successful shopping.

Vietnam has managed to preserve its rich civilization and high culture, despite the pressure of the advancing civilization. The country attracts tourists with picturesque landscapes, excellent beaches, ancient architectural monuments, exotic and very inexpensive cuisine, as well as comfortable hotels with the highest service.

Divers, surfers, beachers, history lovers, gourmets – they all find in Vietnam an excellent recreation program at very nice prices. A separate area is recovery at spa resorts and treatment using Vietnamese traditional medicine. In the latter case, it is better not to mix procedures with excursions, so that the therapeutic effect is fully manifested.

The legend of the origin of the Vietnamese: According to legend, the dragon – Lac Long Kuan – married the fairy bird Ay Ko (Mother Spouse). Soon she laid 100 eggs, out of which 100 children hatched. 50 went to the mountains with their mother, and 50 settled on the coast with their father. Four thousand years ago, one of the dragon’s sons, Hung Vong, ascended the throne. He called the country Vanlang, the Country of Tattooed People. Subsequent dynasties gave Vietnam other names, such as Au-Lac, which means “The Kingdom of the Dragon and the Bird”

At the airport: Keep your entrance / exit form filled in when entering Vietnam. You will need it when leaving the country. Airport tax – the amount of airport tax when flying on international flights is $ 14. The fee is not charged for children under the age of 2 years. Airport tax for flights on domestic flights is included in the price of the ticket. Baggage tags – keep your baggage tags (attached to your flight tickets) for passing control when leaving the airport with baggage.

Weather: For those who want to relax in Vietnam there is no good or bad season, because if one part of the country is too humid or too wet, there is always a place where at the same time it is sunny and warm. Because of the great length from north to south, the climate is remarkably diverse.

Wet season: May – November. At this time, usually in the afternoon there are strong, very short showers.

The rainy season in South Vietnam is different than our tourists usually represent. It rains 10-15 minutes a day, and if cloudy days occur, it gives a pleasant respite and brings slightly cooler weather. In general, the weather in the rainy season is very pleasant.

From December to February – quite a stormy ocean, so that this time is impossible diving.

Central Vietnam is divided into two parts: coastal plains and mountains. In the coastal zone are possible typhoons from July to November. In the central mountainous areas there are frequent fogs and drizzling rains.

In the north there are two main seasons – winter: from November to April – quite cool and rainy; and summer: from May to October – hot and dry.

Resorts of Vietnam: During the years of development of trizm in Vietnam, not only historical monuments of culture and architecture, as well as natural monuments, but also the country’s wonderful beach resorts on the entire coast of the South China Sea, which washes the entire western part of Vietnam, became the most popular.

Danang is perhaps the first universally recognized international seaside resort of Central Vietnam, whose charms were still appreciated by American soldiers. Now the city itself is of no value to the tourist, but it is here that the famous Chinese beach is located, and in the vicinity there are the Marble Mountains and the Haiwan Mountain Pass. From Da Nang is convenient to visit the ancient port city of Hoi An, as well as Michon – the most significant monument of the Tyam era in Vietnam, comparable to Ankor Watom in Cambodia and Bagan in Burma.

Nha Trang is the most popular resort in South Vietnam just 1 hour flight from Ho Chi Minh City with a rich cultural life – restaurants, bars, nightclubs, massage parlors and beauty salons, as well as clean and equipped beaches – the best municipal beaches in the country. The turquoise waters around Nha Trang are clear and create excellent conditions for fishing, snorkeling and scuba diving. Coconut palms provide protection from the sun on a posh boulevard that stretches along the entire coast. In your free time, you can book excursions to local attractions: Monkey Island, Island Cruise with Fishing, Tyamsky Towers of the 7th-12th Century Ponagar, a decent Oceanarium, the Bajo Waterfall, Mineral and Mud Springs, River Cruise with a visit to artisans villages. The best time to visit is almost all year round. 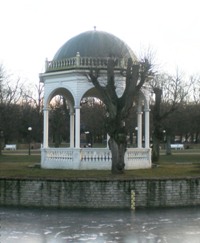